Welcome to 2021! This is the beginning of my 9th year of Jim’s Nature Blog. I had actually considered shutting it down at the end of 2020, but I think I’ve still got a couple of more years in me to keep it going. I’m not promising a lot of new stuff this year, but there are a few things in the pipeline that should be exciting.

It’s still pretty early in the year for wildflowers — even in South Carolina. But, cabin fever got the best of me, so I asked Walter Ezell if he wanted to join me in a brief foray into one of upstate South Carolina’s premier state Heritage Preserves — Eva Russell Chandler Heritage Preserve. Of course, he said, “YES!” I had been up there last week for a look-see, but the first seasonal wildflower to bloom for us in the upstate, Erythronium umbilicatum or Dimpled Trout Lily, was in bud only. We’ve had a few days in the 60s (F) (15-20 C), so I figured that the buds might now be opening up. The day was partly cloudy, and some sunshine was breaking through the clouds from time to time.

We arrived about noonish, gathered our gear, and headed down the foot trail toward the granite bald at the end of the trail. Immediately, we began to see hundreds of Trout Lily leaves, but we didn’t see any open flowers. It was not looking good… Farther on down the trail, I began to see some buds that were just opening, but nothing photogenic. About halfway down the trail, to our right, was the first open flower. What a relief! Here is what we saw: 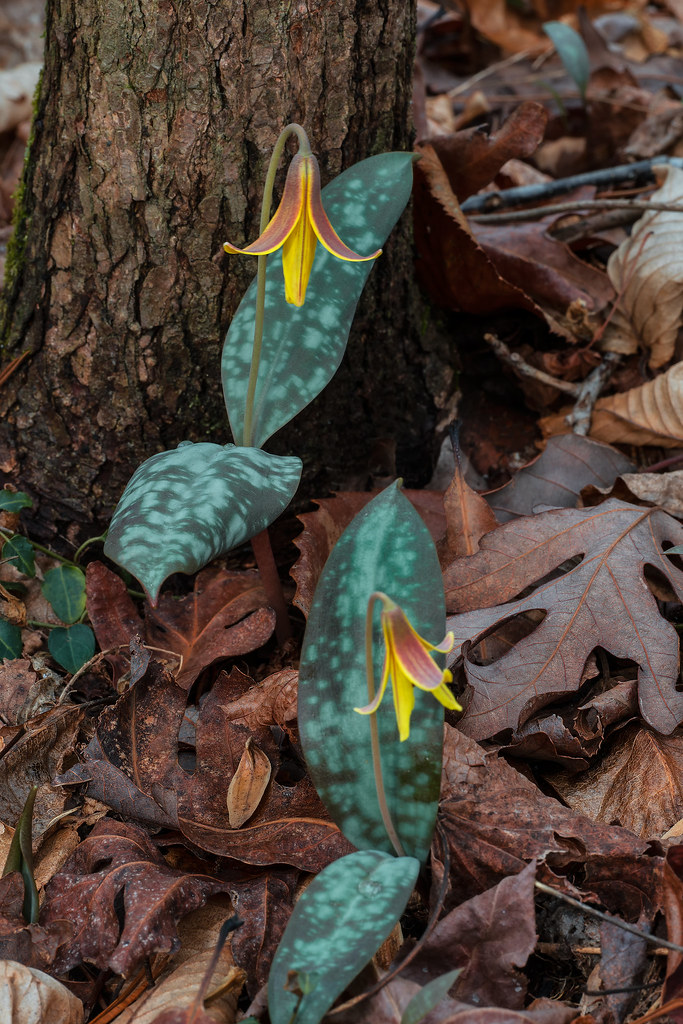 As you can see, they weren’t 100% fully open, but as the day progressed, we were able to find additional flowers that were in full bloom. Here are a few of those: 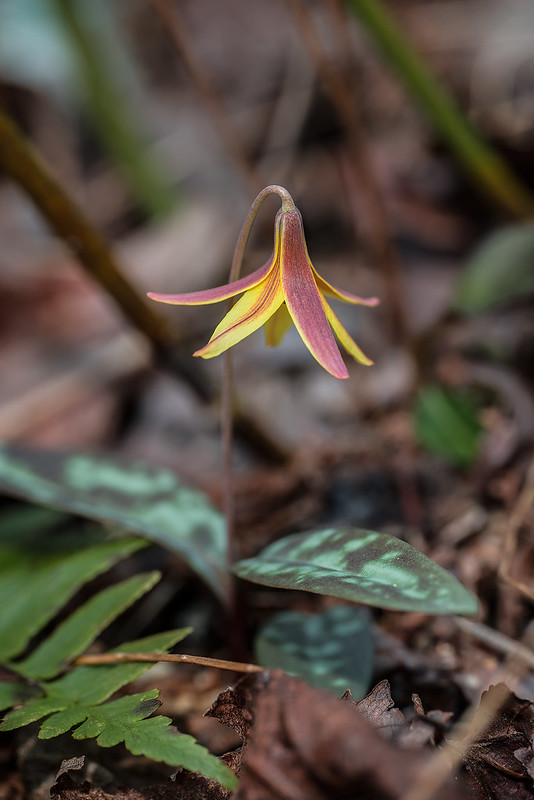 As you have probably already noticed, almost all of the flowers tend to point down toward the ground. It is a real challenge to find one that shows the “business parts” of the flower, but I did find one, which I photographed from both the front and the back:

Another thing you might have noticed about the flowers at this site is that the sepals (the darker shaded tepals), all have a shade of brownish-madder instead of yellow — generally darker than the sepals on Trout Lily flowers I’ve seen at other southeastern sites. Even the petals have a madder-colored stripe running toward the apex of the petal.

Scattered among the many hundreds of Trout Lily leaves were a number of the leaves of one of our summer orchids, Tipularia discolor or Crane-fly orchid. The single leaf of this terrestrial orchid appears around late October or early November, taking advantage of the sunlight that filters through the bare forest canopy during the winter months. The leaf will be withered and gone by the time the bloom stalk is produced in mid- to late July. We found a good number of these orchid leaves scattered along the forest floor: 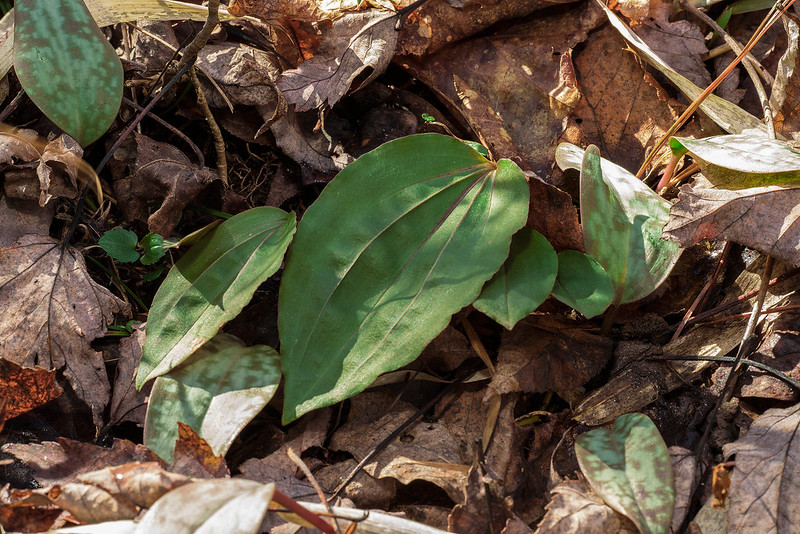 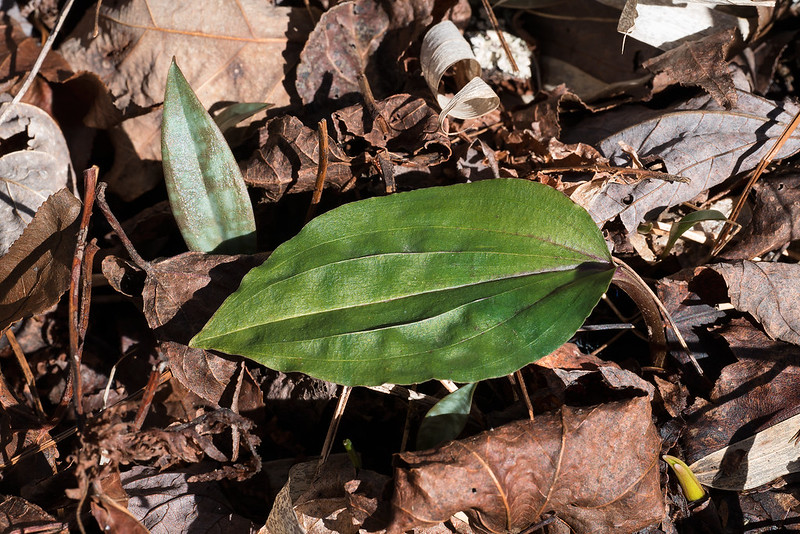 I would be remiss if I didn’t mention an additional stop on last week’s foray into Pickens County. Bogg’s Rock is a locally famous flatrock site which I’ve featured in a few previous blog posts. It is mostly famous for its large mats of Diamorpha smallii or Elf Orpine which is not in full bloom until around mid-April. However, I wanted to document what the plants looked like as they first poke through the sand and Grimmia laevigata or Grimmia Dry Rock Moss on the surface of the flatrock site. The surface of this site is an exposed outcrop granite/gneiss which is scalding hot and bone dry in mid-summer, but in the winter and spring, there are depressions (vernal pools) which hold rainwater until early Summer. These depressions also hold sand which is a byproduct of the breakdown of granite/gneiss by weathering and by the ubiquitous lichen species covering the surface of the rock. The Elf Orpine plants are annual, and they depend on the seeds from the previous year’s bloom to continue the progeny or offspring. I am constantly amazed at the ability of these delicate plants to thrive and even flourish in such a harsh environment. Here are some of the images of this species in its earliest state of growth: 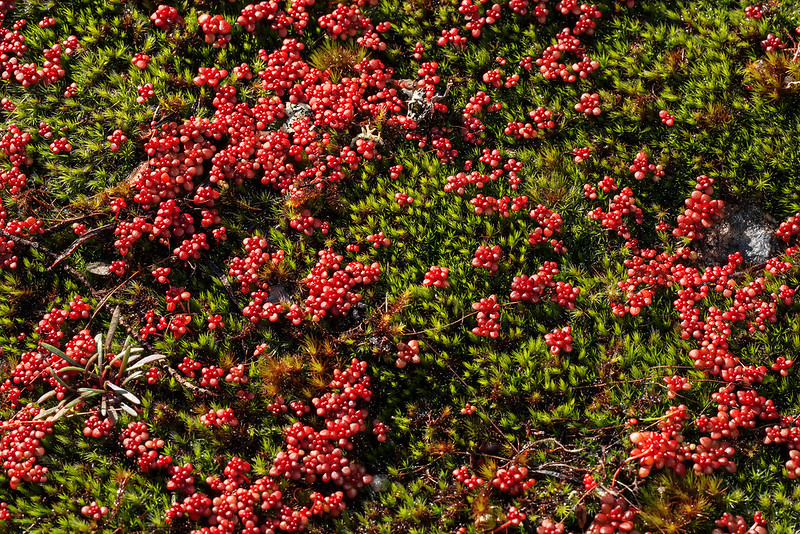 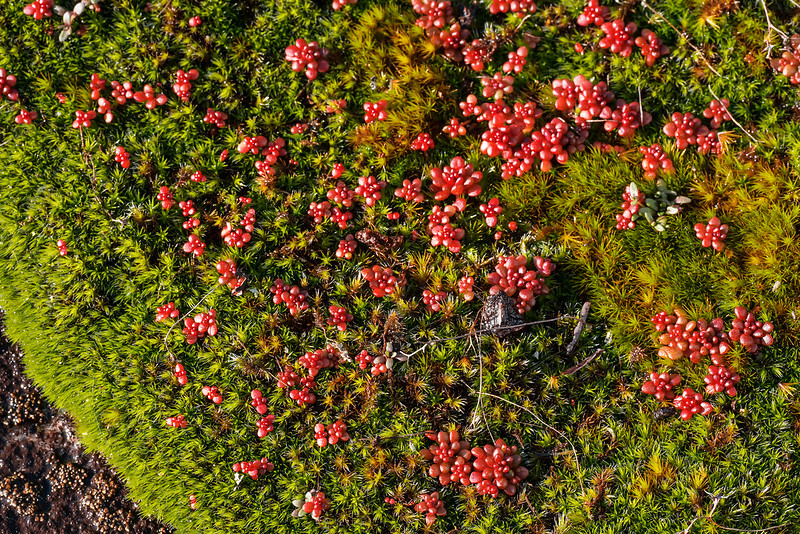 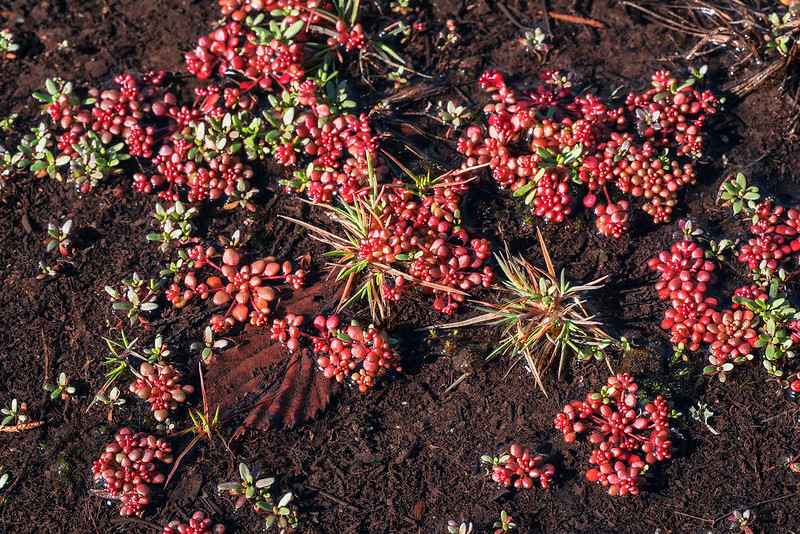 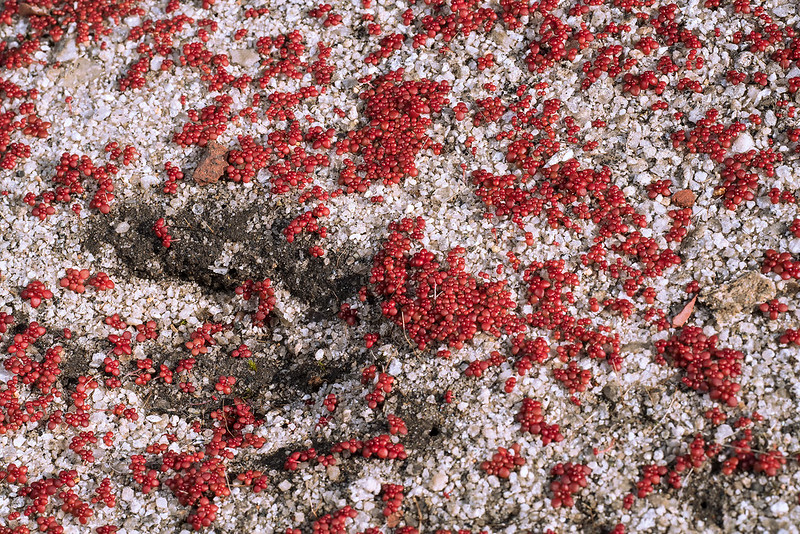 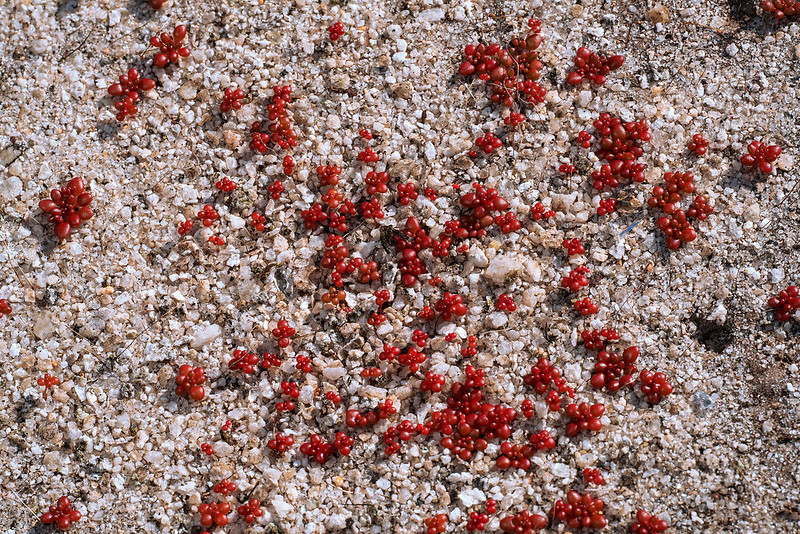 Keep in mind that each of these plants will produce dozens of white, star-shaped flowers when then plants are in full bloom: 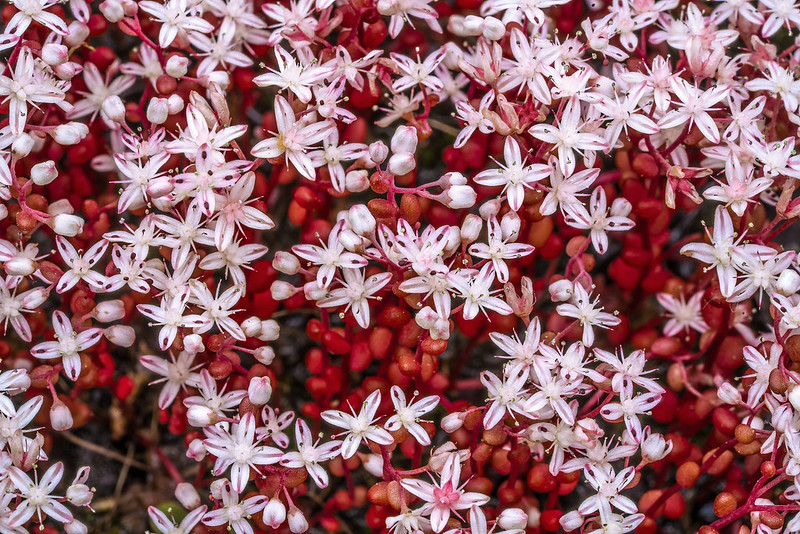 Well, that brings to a close our first botanical adventure of 2021. In another few weeks, there will be much to photograph and study in our nearby natural sites. I can hardly wait…