From time to time (about once per year), I recalibrate the fine-tuning autofocus mechanism on my camera lenses using a device called SpyderLENSCAL.

[Technical stuff follows:] According to photographylife website, the way calibration works, is DSLR cameras have a setting, which allows compensating for either back-focus (when focus is shifted behind the focused area) or front-focus (when focus is shifted in front of the focused area). This compensation can be performed in small incremental steps (typically from 0 to -20 and +20 in steps of 1), which allows for precise fine tuning of the autofocus system. Negative numbers compensate for back focus, while positive numbers compensate for front focus problems. To put it differently, dialing a negative “-” number will move the focused point closer to the camera, while dialing a positive “+” number will move the focused point away from the camera. So what happens when you dial -5, for example? The camera tells the lens something like this: “aim at where you would normally focus, except slightly move the focused point closer to the camera”. In essence, this would be needed when your camera and lens combination constantly back-focuses.

An important fact to keep in mind, is that calibration is camera and lens specific, which means that if you have multiple cameras and lenses, you have to fine tune autofocus on each camera, for each lens you own (unless you have a camera that constantly front-focuses or back-focuses by the same amount with all lenses, in which case you might need to compensate only for the camera itself). In addition, you might need to periodically re-calibrate your camera gear.

So, I took my SpyderLENSCAL out on the front porch and set it up so that I could calibrate the two lenses that I generally use in my photography: Olympus (Zuiko) 12-60mm f/2.8-4 SWD 4/3 Lens and my combination Sigma 105mm f/2.8 EX DG Macro Lens + Olympus (Zuiko) Digital 1.4x Teleconverter Lens. Both of these I use on my Olympus E‑5 12.3 MP DSLR. While getting set up, I noticed some wildflowers growing in a flower box at the edge of the porch. After calibrating my lenses, I wanted to give them a “road test” with the new calibration. So the rest of this blog shows the results of my front yard wildflower adventure. 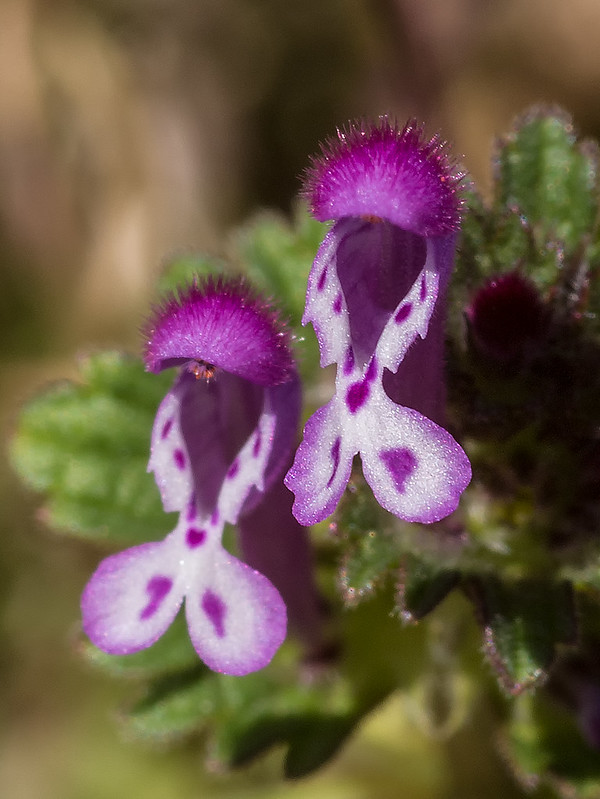 The tiny wildflowers of Lamium amplexicaule or Common Henbit are about 1/4 inch (6 mm) tall. Here are a couple more views of them: 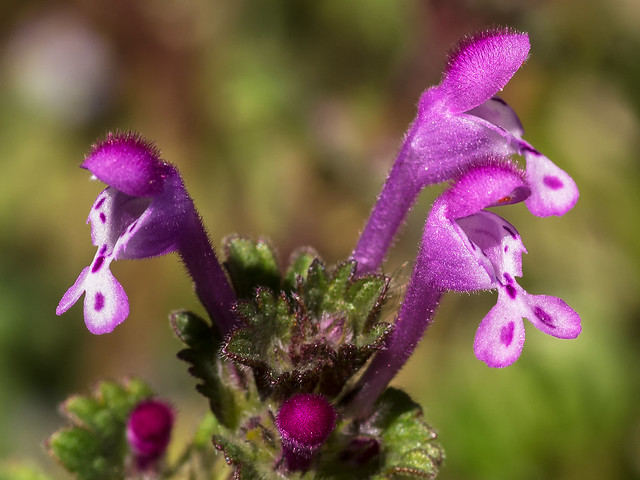 I thought the tiny buds were especially beautiful: 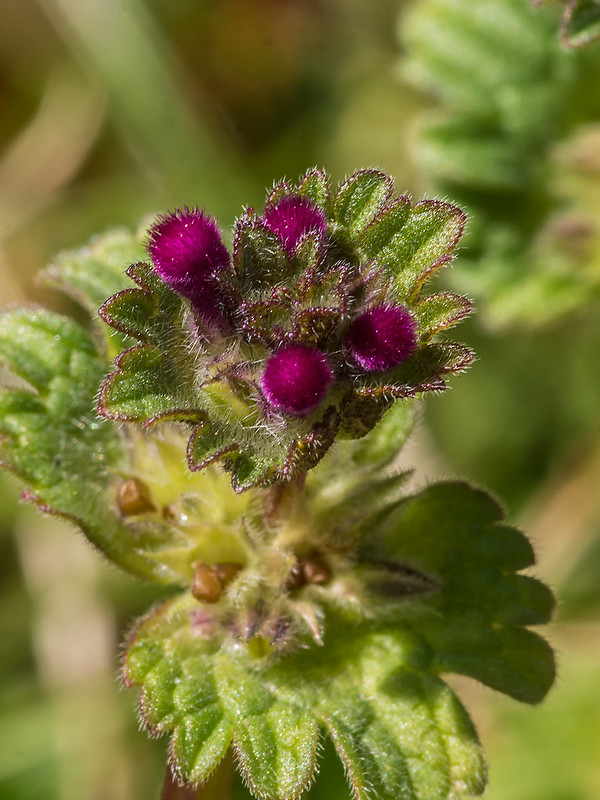 Growing just next to the Common Henbit were lots of star-shaped flowers of Stellaria media or Chickweed: 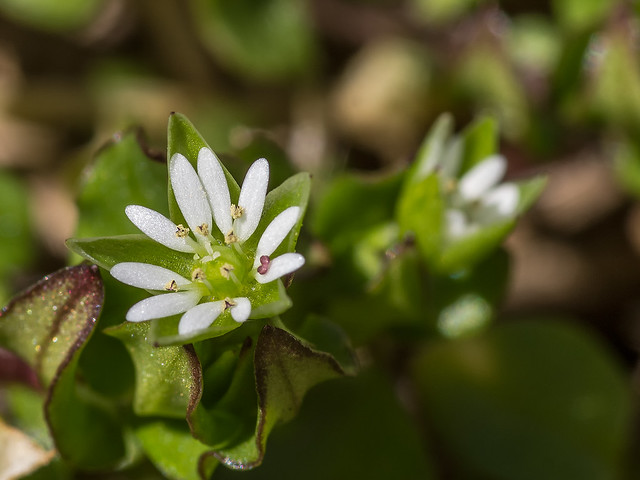 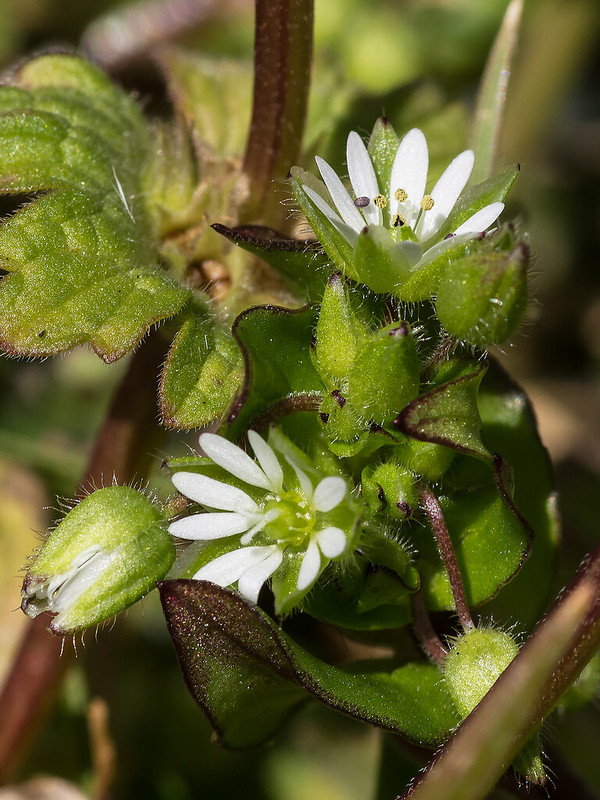 While the flowers appear to have 10 petals, in fact they have only 5 deeply-lobed petals.

Another common wildflower that blooms almost year around in my front lawn is Taraxacum officinale or Common Dandelion. 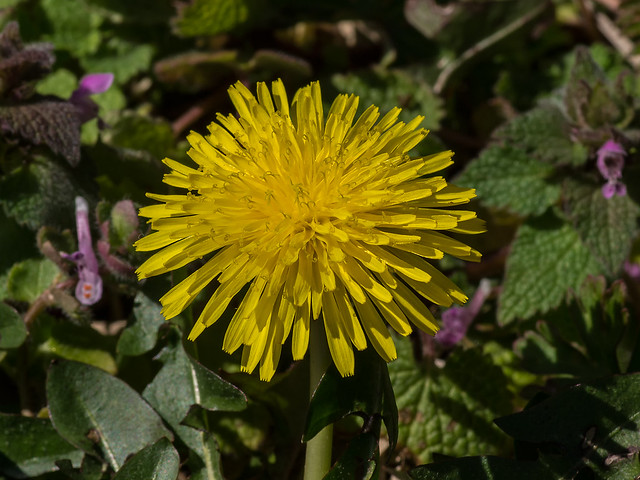 I especially like the curly structures located between the petals: 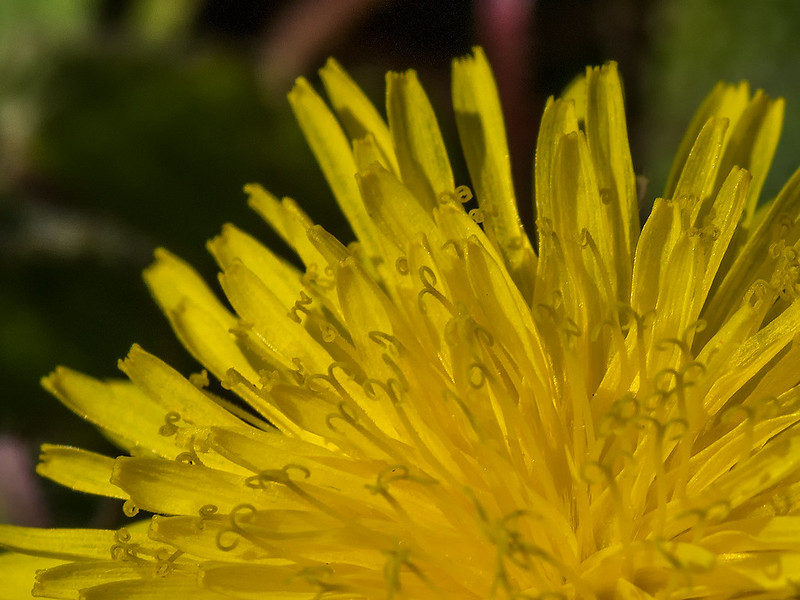 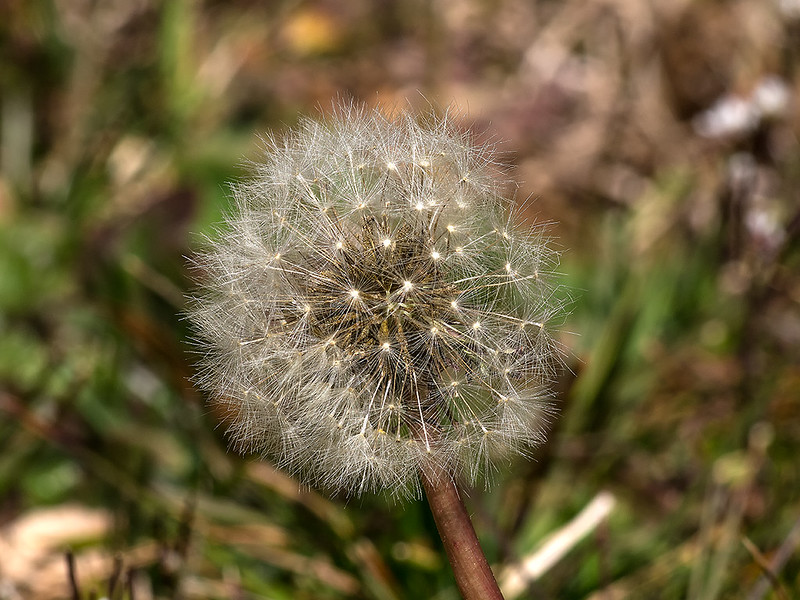 And, of course, who wouldn’t recognize the seed head of the Common Dandelion? An interesting side note is that many Taraxacum species produce seeds asexually by apomixis, where the seeds are produced without pollination, resulting in offspring that are genetically identical to the parent plant.

Another lawn weed (wildflower) that blooms in profusion in my front yard is Cardamine hirsuta or Hairy Bittercress. These flowers are very, very small, being less than 1/8 inch (3 mm) across. The erect structures you see to the left and right of the flowers are seed capsules. These seed capsules explode when ripe and send seeds flying several feet away:

Nearby, I can see the tiny (less than 1/8-inch or 3mm) blue flowers of Veronica hederifolia or Ivy-leaved Speedwell:

Finally, there are large patches of another wildflower that closely resembles the Common Henbit. It, in fact, is a “cousin” of that species, and it is called Lamium purpureum or Purple Deadnettle: 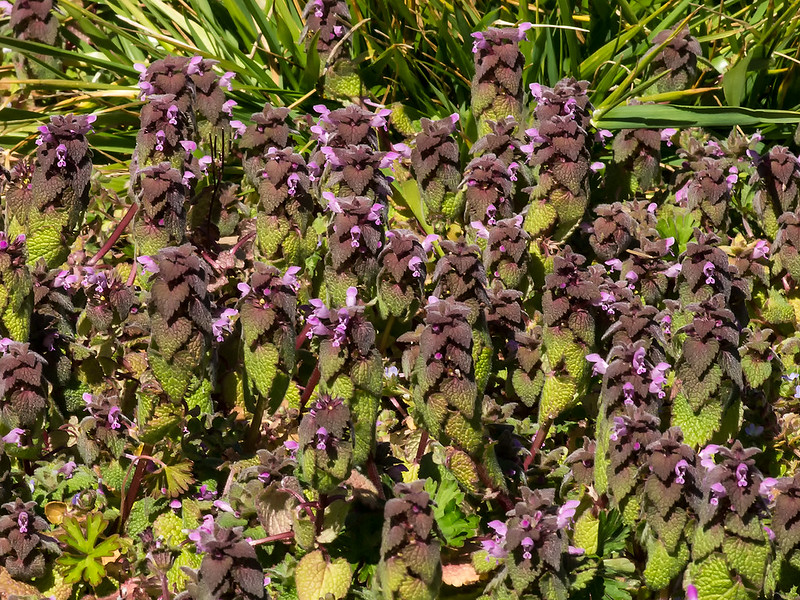 Here are some close-ups of the flowers which very closely resemble the Common Henbit:

If you live in the Southeast where we don’t have to worry much about all of that frozen white stuff hanging around until May, perhaps you can wander around outside and see some of the same wildflowers I have shown you in this blog entry. If you keep your yard neatly manicured and weed free, then perhaps you could check the edges of the sidewalks or ditch banks that might be close to your home. You never know what you might find hiding in plain sight…