*** Warning: This is a particularly long post filled with dozens of images. So, grab a snack and a favorite beverage before plowing ahead… ***

About a month ago, I received a note from a friend whom I had not seen in almost 15 years. He said it would be coming down to Asheville, North Carolina from the Upper Peninsula of Michigan with his wife to attend a wedding, and was I interested in getting together and botanizing in western North Carolina? Because I was already planning a trip to the Pisgah National Forest and the adjoining Blue Ridge Parkway around that time frame, I said, “Of course!”. That is how the weekend began…

The fellow’s name is Steve Baker, and we initially met at a Native Orchid Conference symposium in the Miami, Florida area in the Spring of 2007. I explained to him what we might have in store for us if the Spring wildflower season held true to past years, and he was excited to hear the list of species. So, we made plans to meet on Sunday, May 2 (also his birthday) and explore the Pisgah National Forest around Brevard, North Carolina and then head on up to the nearby Blue Ridge Parkway. We decided to meet at the Pisgah National Forest Visitor’s Center and Ranger Station around 9:00 am. Walter Ezell joined me on this trip, as well, and we decided to all pile into my truck for the day trip.

The first target species on the list was Isotria verticillata or Large Whorled Pogonia orchid. There is a special spot in a private cemetery in Brevard, and although the 26th-27th of April is prime time for this species to bloom, I had my fingers crossed that there would still be a few decent specimens to photograph. We got into my truck and headed toward the cemetery. Luckily, there was ample parking, and there were no other visitors to slow down our progress. We proceeded to the spot where I had photographed the orchids in previous years and began the search. These beauties are quite difficult to spot against the low-growing vegetation found in this rather unkempt cemetery, but our efforts finally paid off. Although we found about a dozen blooming plants, only 2 or 3 had any photographic potential. I pointed out those plants to Steve and Walter, and we began our photo shoot. Here is probably the best of the bunch: 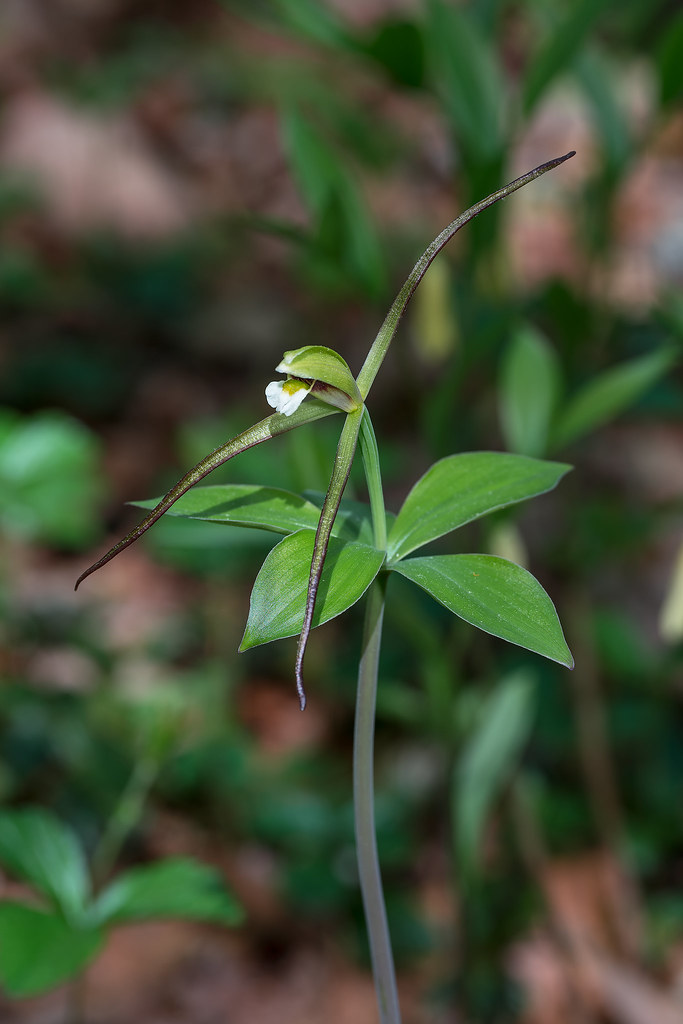 END_OF_DOCUMENT_TOKEN_TO_BE_REPLACED

Cypripedium acaule or Pink Lady’s-slipper orchids, that is…

After a full day and night of thunderstorms and heavy rain, the morning broke clear and cool. I would have preferred a bit of overcast, but you take what you can get. The trip up to one of my favorite South Carolina Heritage Preserves was fairly uneventful except for the thought of the flowers having been pummeled by the heavy rain. And the thought that I might be early for catching any Pink Lady’s-slipper orchid flowers in bloom.

I arrived at the first site, and as usual, I had nothing to worry about. After walking the short distance from the road into the woods to where the orchids grow, I began to see a few immature plants with their sets of two leaves poking up through the past winter’s leaf litter. A few more steps brought the first of about a dozen flowering orchid plants. Here is the first one I photographed. It is a pair of pouches in a pretty pose: 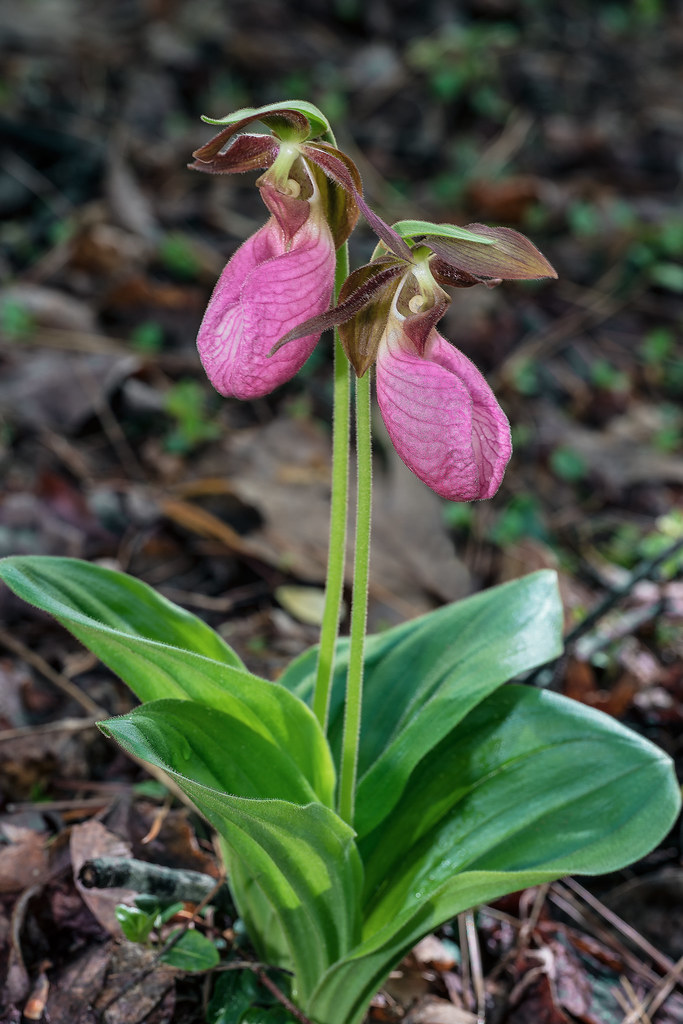 END_OF_DOCUMENT_TOKEN_TO_BE_REPLACED

If you have been keeping up with this nature blog over the years, you will know that this time of year takes me to one of South Carolina’s premier, but little known, Heritage Preserves. It’s called Watson-Cooper Heritage Preserve, and it hosts the Southeast’s largest population of the rare and threatened Helonias bullata or Swamp Pink. HERE is the US Forest Service plant profile for Helonias bullata. Although the bogs in the Pine Barrens of New Jersey are ground zero for this species, at last count (a couple of years ago) there were in excess of 5,000 plants in the 3 bogs that comprise the population in the Upstate of South Carolina. I know, because I and a couple of other brave souls counted them.

If you think you’d like to visit this Heritage Preserve, please give it another thought. It’s miles and miles of one-lane, winding, mountainous, gravel road in the middle of nowhere, and once you get there, it’s a grueling slog through the Rhododendron, Cat-briars, and Mountain Laurel Hells to the bogs where these plants grow. Due to the fragility of the habitat and rarity of the plants, needless to say, I will not be providing directions. Sorry if this sounds harsh, but it doesn’t take much to destroy a fragile population of plants.

Here is a sample of what the Swamp Pink flowers look like: 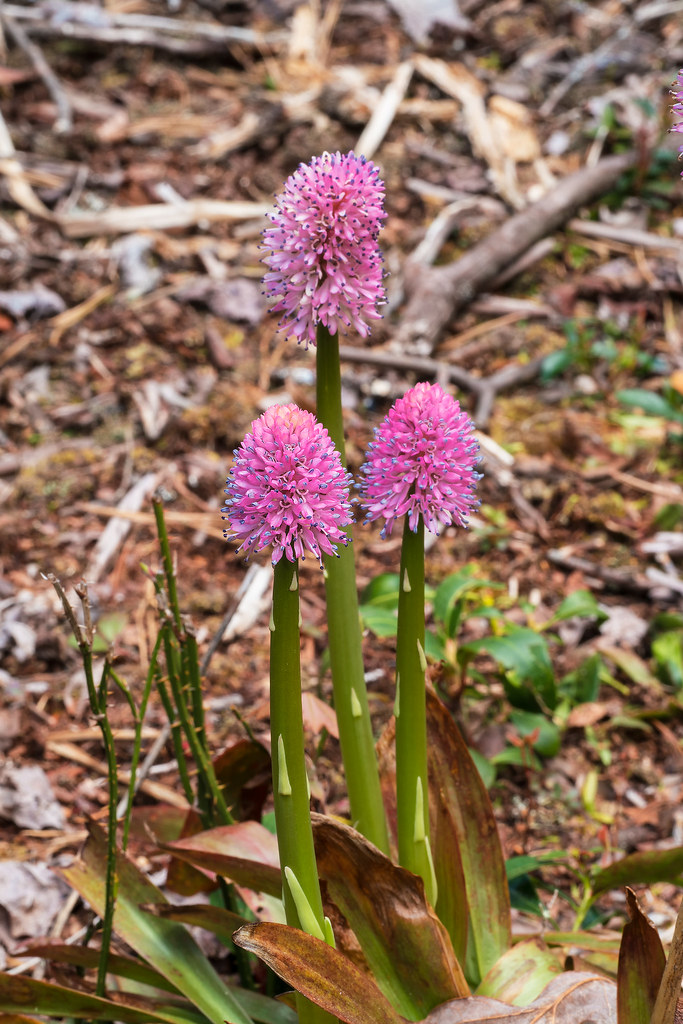 END_OF_DOCUMENT_TOKEN_TO_BE_REPLACED

Hey Folks, first let me apologize for sending this test notification. I have been working with the design team at my hosting site, HostPapa.com, for the past month to revamp the functionality of my blog. It pretty much looks the same, but should run faster and be more efficient. You will probably notice a few minor/subtle changes, but for the most part, it will be the same blog format that I had before.

Toward the bottom of each post and before the comments section, you will find a yellow DONATE button. Please do not be put off by this or feel, in any way, that you should use it. This was placed by the design staff after hearing that I do not receive any funding for the blog through outside sources. I write the blog because I’m passionate about nature photography and about getting out into the wild to share with you my experiences in nature. Clicking on the button will take you to PayPal, where a donation may be made. That’s all it is.

If this test notification works, expect a few more “normal” blog posts quite soon — I’ve been very busy out in the field.

This post is pretty long, so before you begin, go get yourself an adult beverage and some snacks. Here goes…

Recently, I received an email from a man whom I have known for a long time but have never met. His name is Shannon Spurling, and he is quite the naturalist. Due to his persistence and diligence, he has managed to find locations for many wildflowers which I have wanted to photograph for quite a while. When he mentioned Turtletown, Tennessee, I had to look it up, because I had no idea where it was located. Turns out, it is situated in extreme southeastern Tennessee — Polk County, to be specific, which is on the border of Tennessee and North Carolina. His family is from the area, and he has spent many years roaming the mountains and hills in the vicinity of Turtletown. Many thanks go out to him for trusting me with the location information.

The wildflower species that created the most interest for me was a native orchid called, Corallorhiza wisteriana or Wister’s Coralroot orchid. The last place I photographed it was in the Francis Marion National Forest, Berkeley County, South Carolina. I know it must seem odd that a coastal plains species would be found in the mountains, but it happens more times than one might imagine. Often, orchid species in particular will have a very narrow habitat preferences that can be found only in certain locations, e.g. sandy, loamy, high pH, low pH, wet, dry, etc. Fortunately, this orchid species seems to be more tolerant of growing conditions as long as they are moist and shaded.

Here is a close-up example of this orchid species: 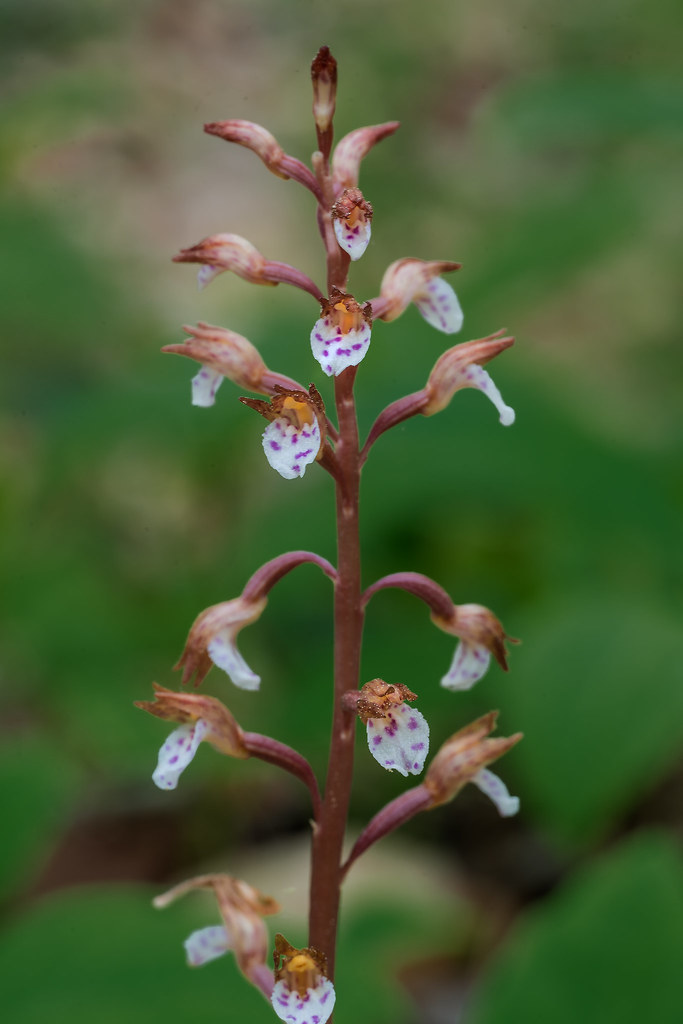